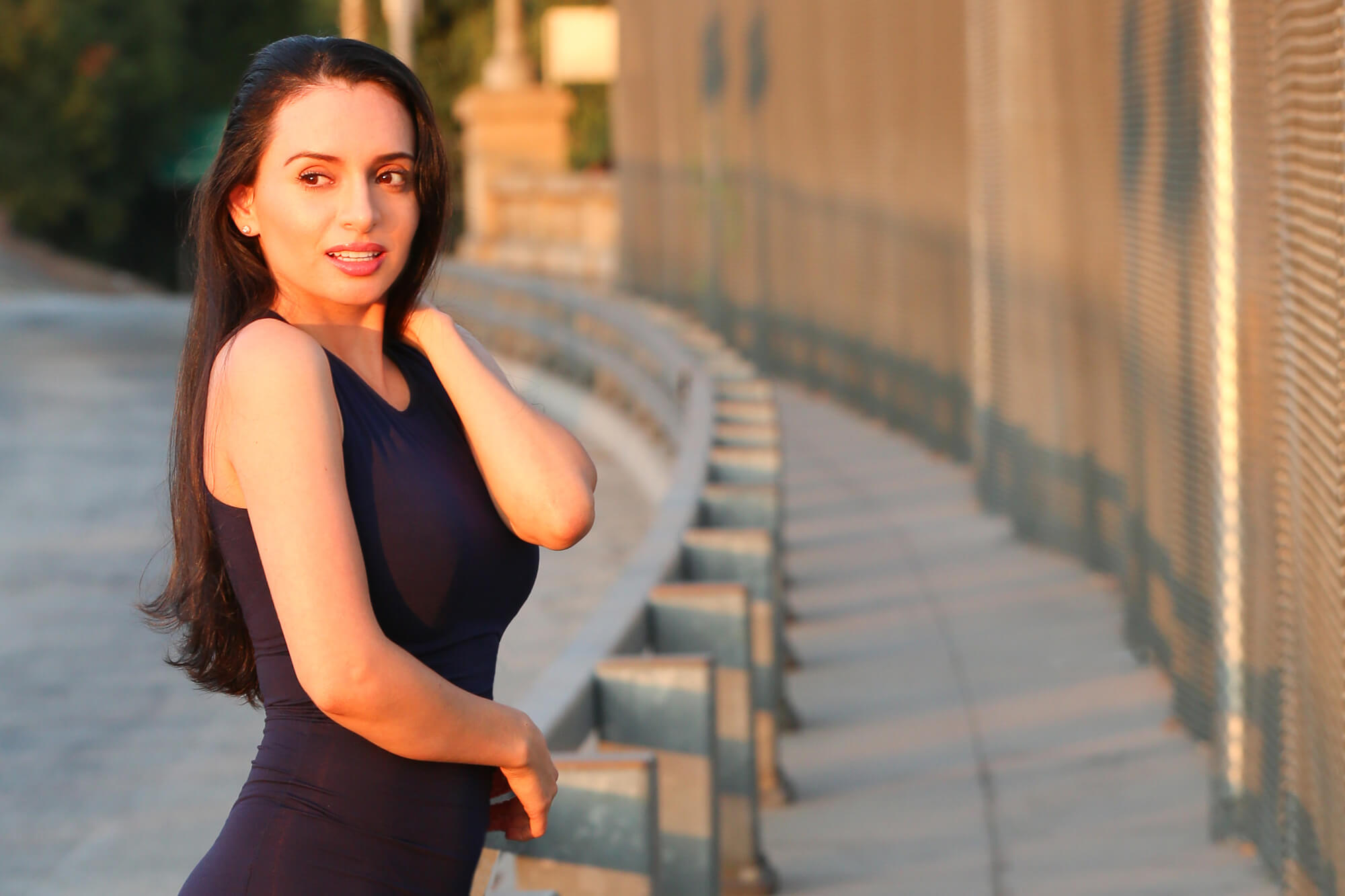 Yazz Giraldo is a Colombian Model and long-time friend of Latina Model Magazine. This amazing Latina has given us the privilege to witness her growth, becoming successful in her professional and personal life. Yazz Giraldo is currently a beautiful Colombian TV host in the United States. This beautiful Colombiana is beautiful, talented, and ambitious. We hope all aspiring Latina Models & Talent will enjoy her story.

If you want to be a successful Colombian model or TV, cable, or multimedia host in the entertainment industry, then you have to read Yazz Giraldo’s story. Her story will inspire and prepare you for all the hard work in store for you as you reach for your own dreams.

As a child, I felt a strong desire to connect with people through art. Throughout my youth, I dedicated myself to studying theater and dance. I danced professionally for the most important schools in Cali, Colombia. While at the Maria Sanford Dance School I studied Ballet, Jazz, Middle Eastern Rhythms, Hip Hop, and Contemporary. I studied professional Salsa Dancing with “Estilo y Sabor“, with whom I competed worldwide and won the 2008 Salsa Championship.

Discipline, the Arts, and My Country Prepared Me Well

I knew success would not be easy. However, the discipline I learned throughout my early years proved that the arts would become my foundation. My humility, drive and the lessons I learned while growing up in a third world country would serve me well. These lessons truly shaped me and gave me the drive and skills needed to fight and never surrender to obstacles. Furthermore, I am very proud to be a talented Colombian Model representing my country around the world.

Motivated to Pursue Her Dream in the U.S.

I was motivated to continue pursuing a career in the arts. With only $300 in my pocket, I moved to America when I was 21 years old. I was very young and innocent but my heart was full of dreams and I believed in my strength and knew I had the ability to become someone special in life.

Eligible to Work in the U.S.

Once I was eligible to work and study in the U.S., I knew I wanted more. Obviously, I chose to dedicate myself to obtaining my dreams. I wanted to learn and grow in the U.S., however, I also did not want to lose my Colombian roots. My Colombian roots are the essence and the source of my passion and drive. In addition, I was maturing and becoming a woman who wanted to become more professional in all aspects of my life.

Although being a Colombian Model has afforded me many opportunities I have always had an affinity for journalism and communications. Obviously, I went after this new goal with the same dedication, fervor, and passion that I had pursued in dance. I knew I was ready to evolve.  My passion was being redirected and the reality of my relocation to the U.S. was now real. Clearly, leaving my home country, friends, and family afforded me the perfect situation to reinvent myself. Despite if it meant starting from zero.

I enrolled in Miami Dade College and studied hard while working odd jobs, teaching dance, and tutoring Spanish. It was difficult or, let’s say, extremely difficult! I persevered and received my degree. After 5 years of living in Miami, I decided I wanted to pursue my career more aggressively. As a result, I moved to the entertainment capital of the world, Los Angeles.

When I finally made the move to L.A. my struggle included having to sleep on many sofas in L.A. However, I continued to hustle and always stayed focused on my goals. Eventually, I began working as an infomercial host that included some other commercial work too. Bottom line, I hustled to find work wherever and whenever I could find it.

I went on countless casting calls where I was met by countless rejections but I never gave up. I was not going to be deterred. The dance was still a part of my heart and I once again began teaching dance in L.A. While teaching I met my husband, the love of my life, and the father of my son.

My efforts and persistence began to pay off as I started hosting on red carpets. The two most popular TV shows I worked on were “America’s Got Talent” and “So You Think You Can Dance.” Also, began interviewing for TheBuzz channel. Not to mention, entertainment show segments on prominent Latin American television most notably on the UNIVISION network.

Although the 2020 pandemic has had a detrimental effect and some of my projects. I refuse not to stress too much. My dear friend, Robert Jones, began to brainstorm some new project ideas for me. He reached out to me with an invitation to host a YouTube Spanish entertainment show called “The Buzz en Espanol”.

Currently, I am super excited to be working with Robert Jones on The Buzz en Espanol Show where I get to perfect my craft. I am interviewing inspirational, talented, and successful Latino artists. My attitude is “All IN!” to help make this show a success. I personally feel it’s important to show Latinos in the U.S. how talent and hard work can make one’s dreams a reality.

Interviewing inspirational people has been a blessing. I have learned to listen more, as a result, I get to learn more about society. I get to hear the stories of others who have become successful. Subsequently, they have become examples for others. I get to see how human they are and how they have fought to break through barriers. This gives me great inspiration and motivation.

I will continue to focus on my career and strive to have a national show on a major network. I have learned so much through my journey that I would also love to give back at some point. For example, I would love to give workshops that motivate other Latinos. I want to awaken their potential so they too can make their dreams come true.

As you have just read Yazz is an amazing Colombiana with smarts and extraordinary focus! Latina Model Magazine plans to stay in touch with Yazz to see where her career dreams ultimately land her. Please Follow Yazz Giraldo on IG. (If you know of any other Colombian Models reach out to us so we can feature them as well).

Monique Deptula L.A. based Swimsuit Designer is all About Making a Splash! 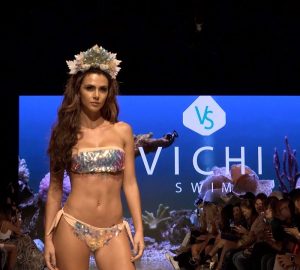 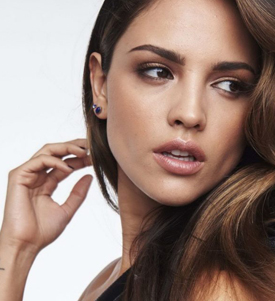